Katy Perry has transformed herself in many characters for music videos, just think of the Geeky girl in Last Friday Night, the Soldier in Part of Me and the Candy girl in California Girls. Yesterday the singer revealed her latest makeover in the video for her new single "Dark Horse". Katy looks like a badass Celopatra with colorful accessories, clothing and makeup.

The makeup looks all contain a key element, that is the intricate liner. It is based on the Egyptian Eye also known as The Eye of Horus, an ancient Egyptian symbol for protection, royal power and good health. 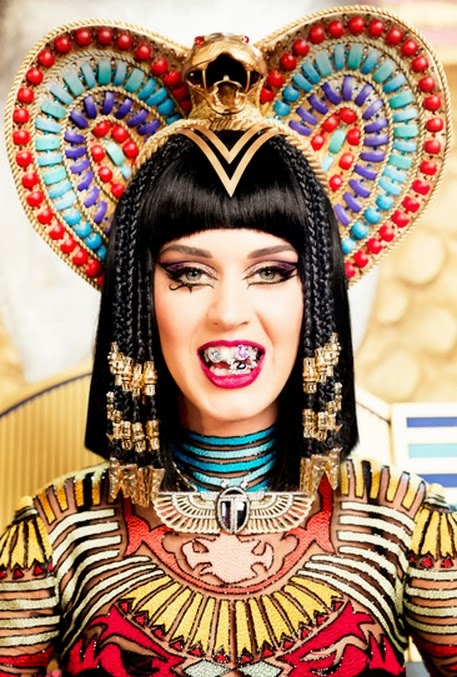 Wonder how Katy was transformed into this look? Jake Bailey, Katy's trusted makeup artist reveals how he created the piece of makeup art, saying:
"I used Covergirl Bombshell Intensity Liner in Pitch Black Passion #800 to draw the intricate design around her eyes. It was an adaption of several references that I found online, but I liked this one the best. It was important that I used a long lasting liner as it was a long day under hot lights and I needed it to stay in place. Once the liner was complete I added some sparkle with the Bombshell Shine Shadows. I used the Shine Shadow in Gold Goddess on the center and inner area of her lids and Ooh La Lilac on the outer corners. Before the Shine Shadow dried completely I tapped a bright purple glitter on top of the Ooh La Lilac and a peach glitter on top of the Gold Goddess areas. I finished the look with a strip of false lashes and two coats of Bombshell Volume Mascara. The first coat is a rich volumizing formula that works Katy's own lashes into the false pair and adds extreme volume. The second end was used to add depth with a wet looking laquer finish" 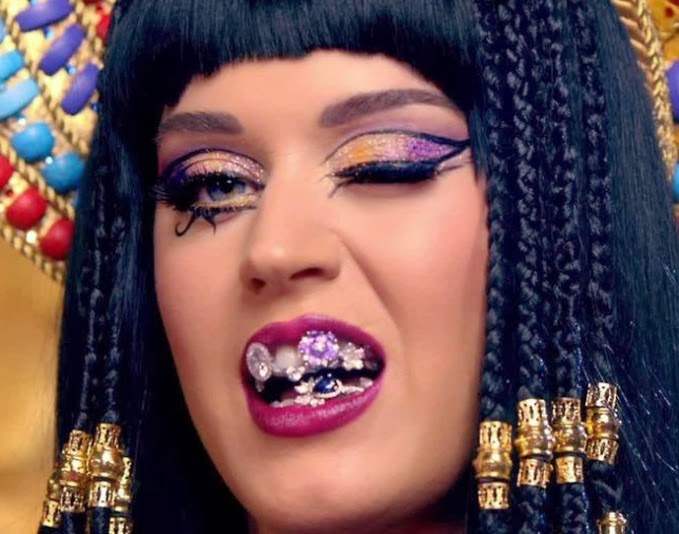 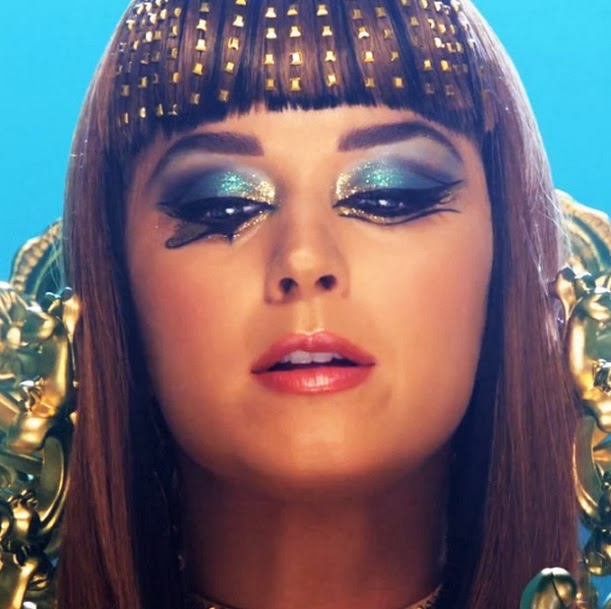 The dramatic eyeliner is kept the same, but the color palette has changed. The puple eye shadow has been replaced by a blue one and the lips are covered in a peachy natural shade. 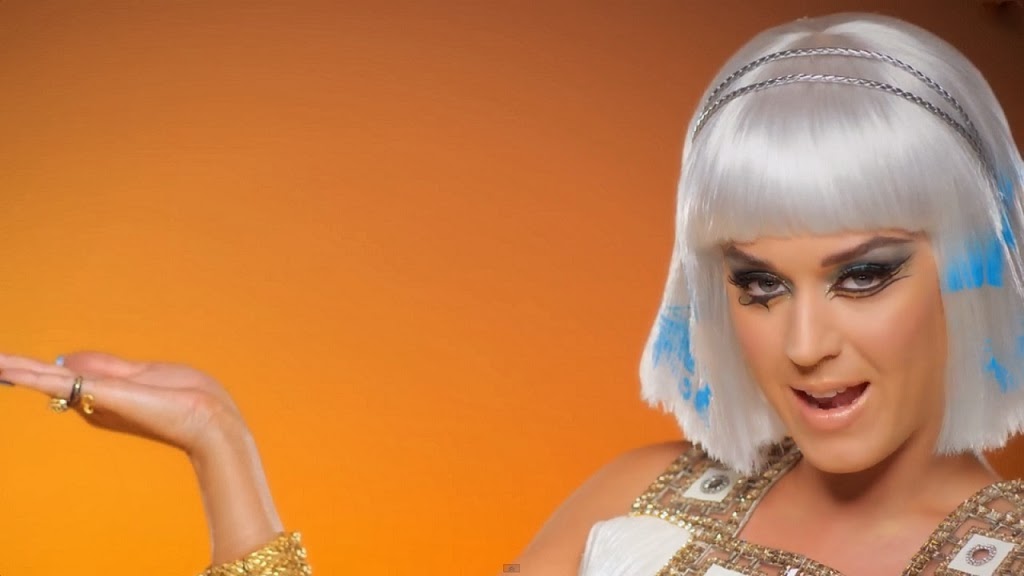 Of course this kind of makeup is a bit too much to wear in your every day life, but you can definitely alter it to wearable looks. Just tone down the glitter and leave out the bottom black liner and you're left with great party makeup looks.

Or if you're celebrating Carnival this month you might as well copy the festive looks as a whole!