The 56th Grammy Awards were held on January 26 at the Staples Center in Los Angeles. Awards were handed out, performances were given. It was a big night for music artists with some surprises, like the on stage Beatles reunion of Paul McCartney and Ringo Star, Madonna's badass grill and Katy Perry channeling her inner witch.

Also the red carpet was pleasantly surprising. Lots of color and different styles. Here are my favorite looks of the Grammys 2014!

Rihanna
At the pre-Grammy Brunch Rihanna managed to look classy but edgy showing off a deep cleavage that reveals her chest tattoo, it's becoming her signature look. 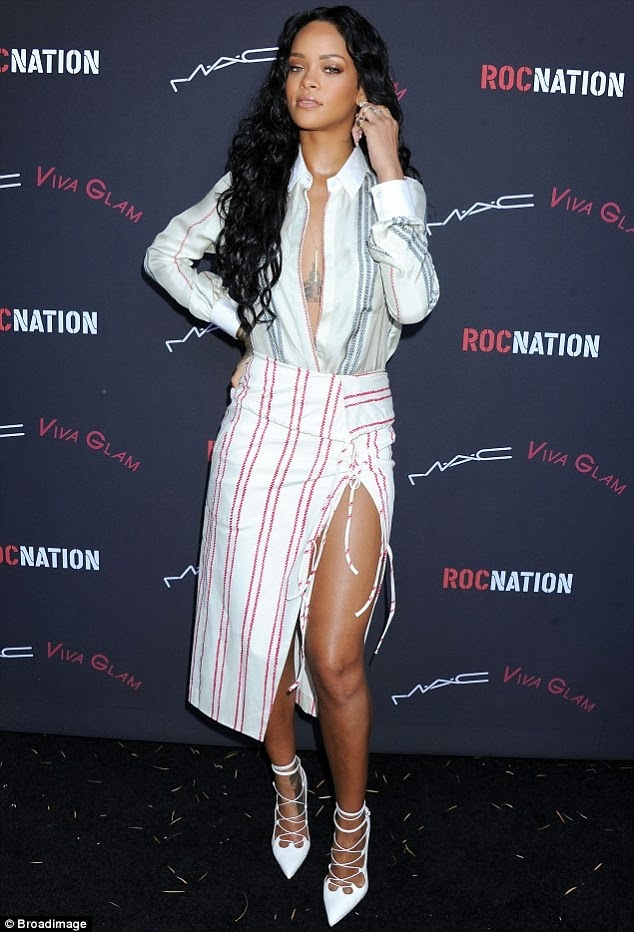 Rihanna in a lemon yellow Alexander Vauthier dress. This daring, almost to the bellybutton, cleavage kind of reminds me of Jlo's exotic Versace dress at the Grammys 2000. 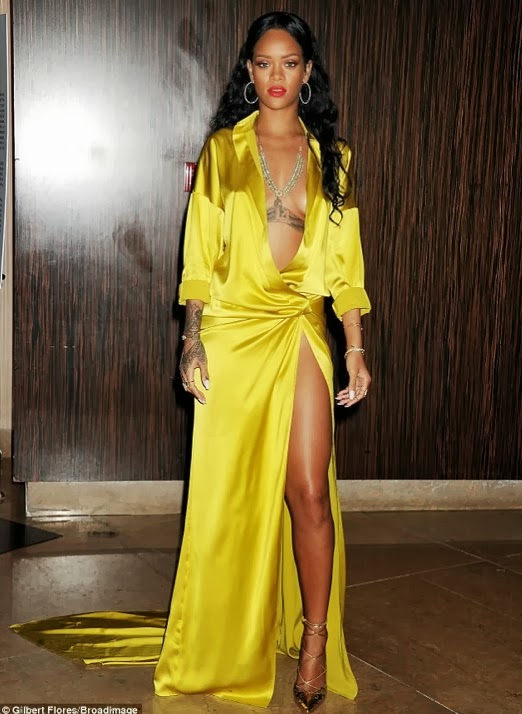 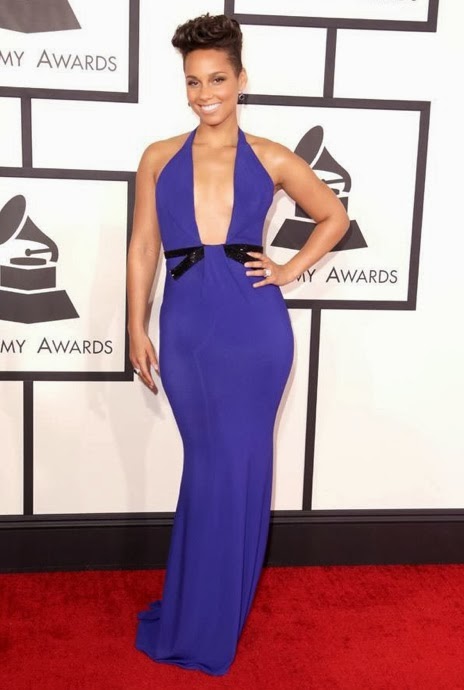 Ciara
Lots of golden gowns at the Grammys.
Ciara is one of the most glammed up pregnant woman I've ever seen. 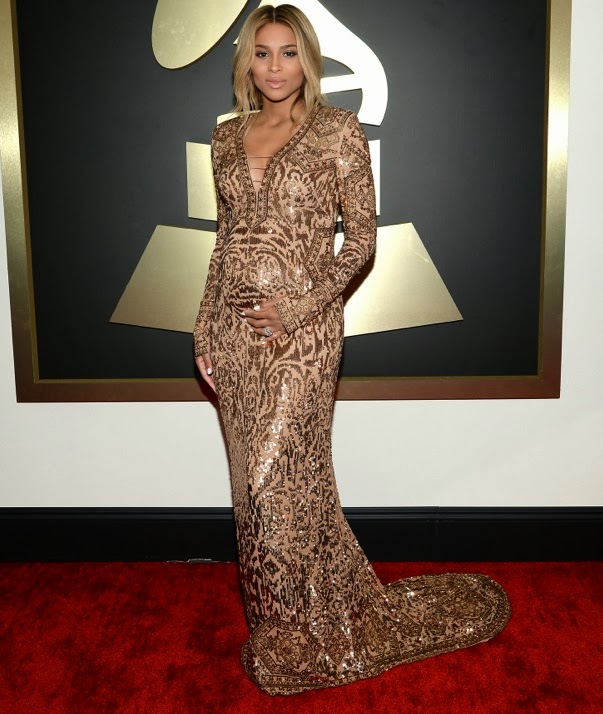 Taylor Swift
The second golden beauty of the night kept it more simple and classic. 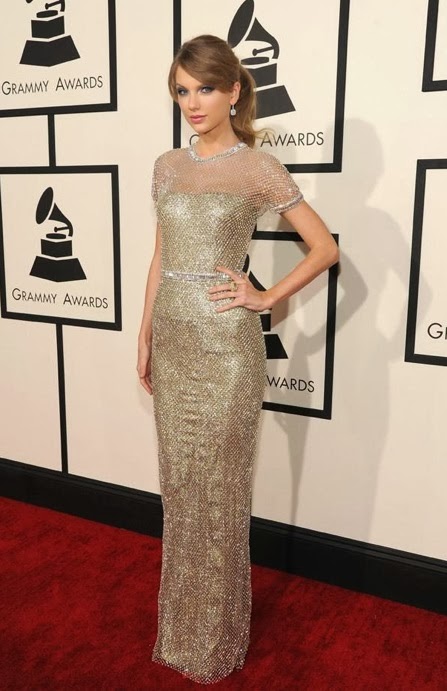 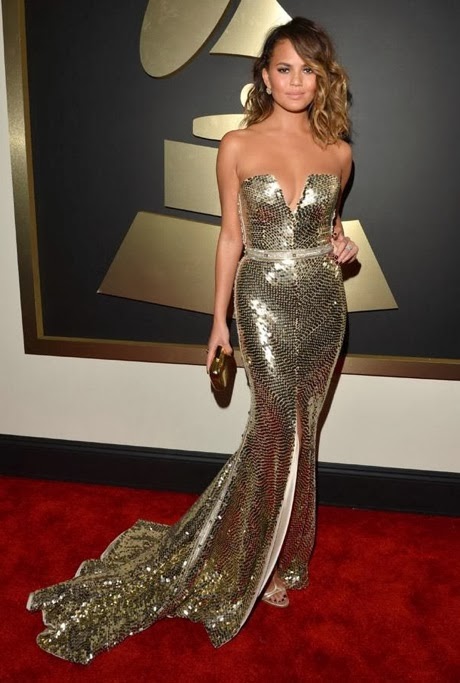 Beyonce
The Drunk in love performance might have been too hot for some, but I personally loved it! She brought the lyrics to life and the sexy outfit and movements are part of the feeling of that song. Beyonce can do no bad in my book.. I know, I'm not really objective!
On the red carpet Queen B covered up her curves a bit more in a white Michael Costello dress, but didn't look any less sexy. 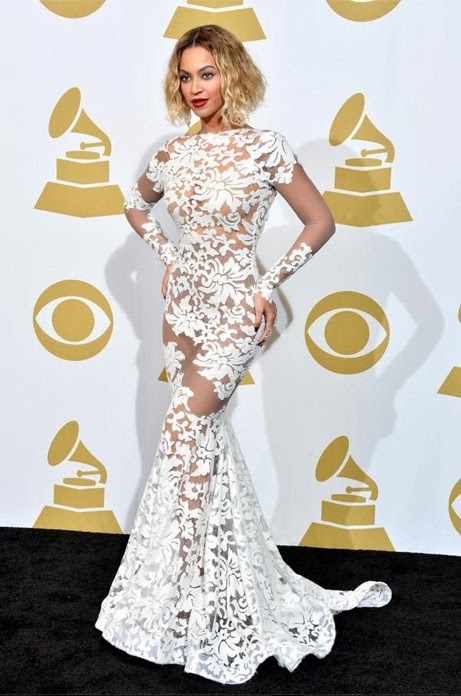 Kacey Musgraves
The Country singer took home two Grammys. I love that her dress is different and colorful. She really stood out! 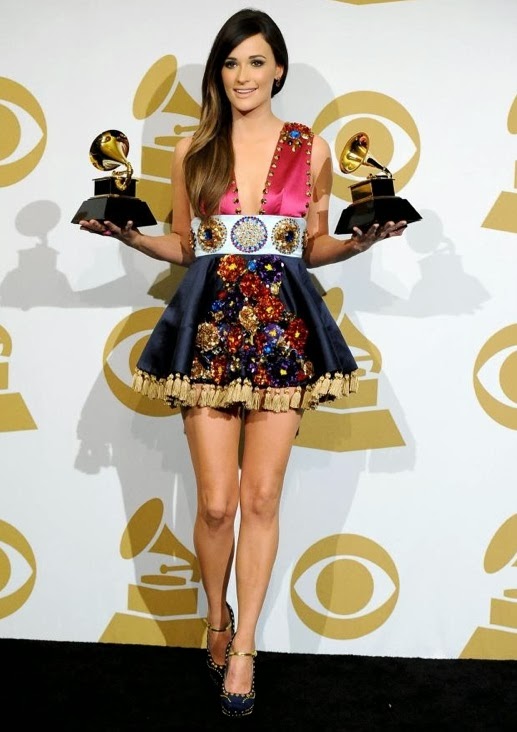 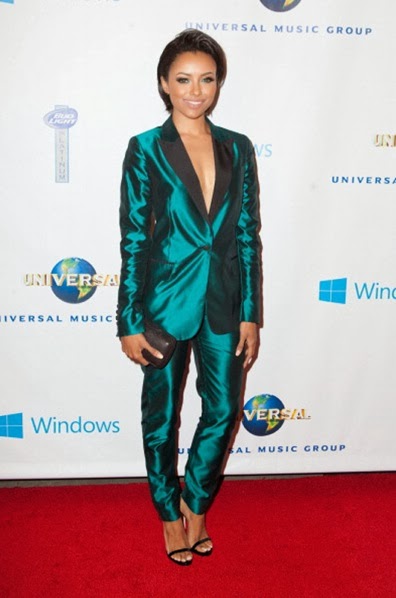 Karrueche Tran
Also at the After Party Karrueche Tran. She chose to take on the cleavage competition and went for a revealing black jumpsuit. I also love her new red hair color! 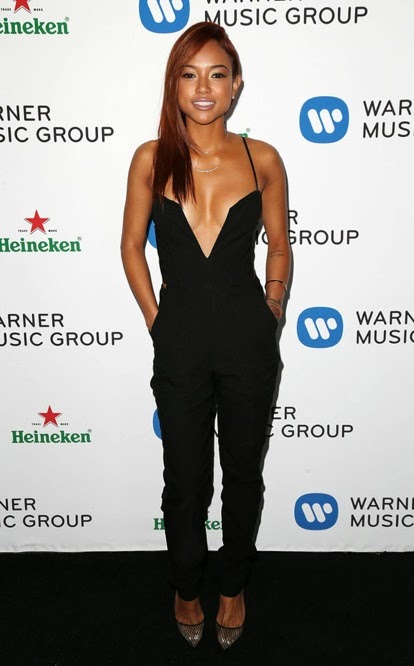