Sunday night the Academy Awards 2015 took place in Los Angeles. Another reason for Hollywood to take out their best suits and most expensive dresses to walk the red carpet and celebrate great film.
As I live in Belgium I'm always asleep while the ceremony is broadcasted on television, but I do enjoy to watch clips and pics from the show and afterparties the day after! I feel like the Oscars are still the biggest event in Hollywood, and everyone goes extra glamorous for the night.
And even though you can't go wrong with classic, it's nice to notice creativity and personal touches. Personally I loved Meryl Streep's tailored black tuxedo jacket and Lupita Nyong'o's beaded dress!

A hairtrend that was very present was the long bob. It was sneaking its way through the fashion and beauty-industry in 2014, and many celebs have picked it up in 2015 as well. Especially blonde "lobs" (long bobs) were popular Sunday night.
These were the three ladies who rocked the trend best! 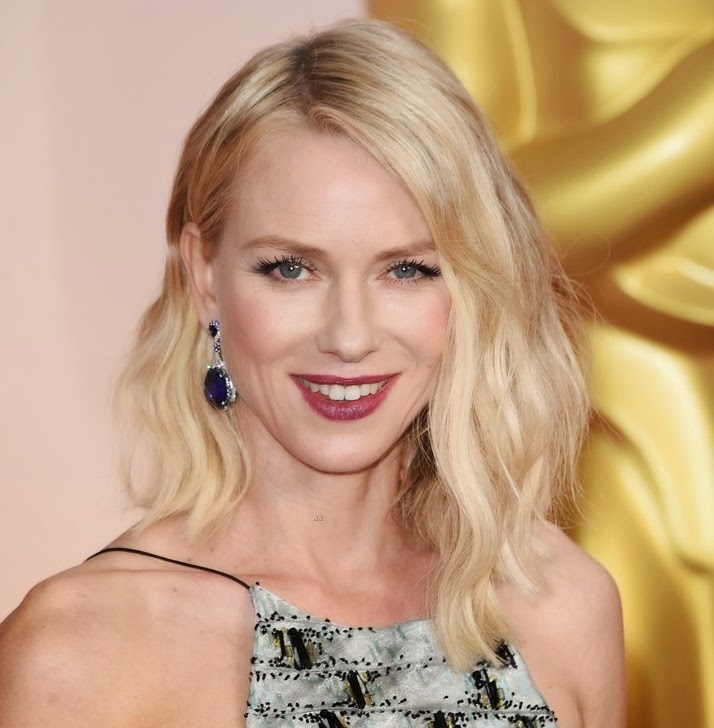 Naomi added a soft wave to het asymetrical bob to achieve a classic glamorous look. The dark lipstick makes the look a bit more edgy, which I really like. It kind of reminds me of Ashlee Simpsons' hair in her music video of LOVE. 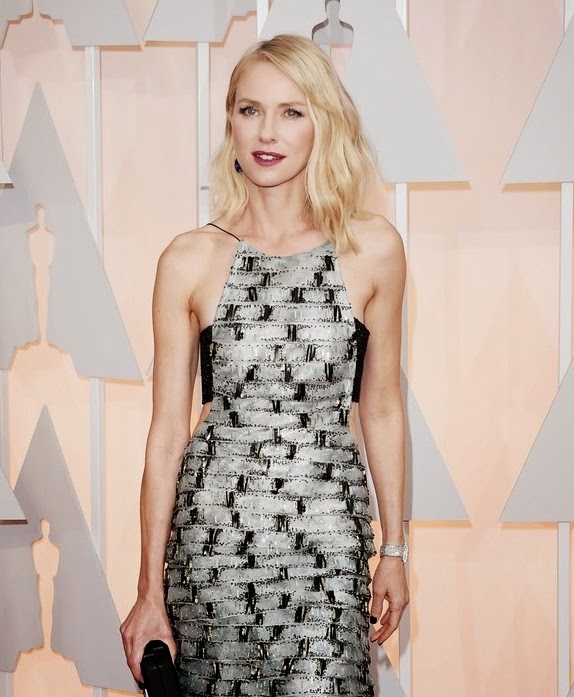 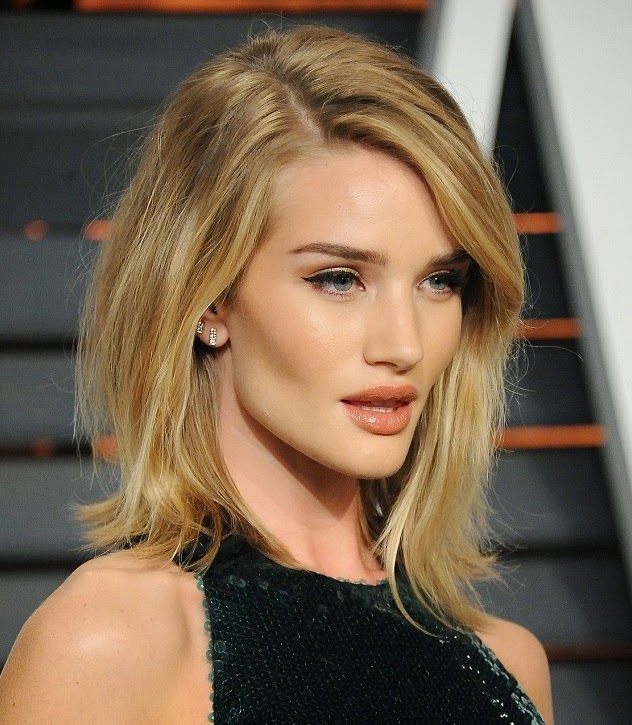 Rosie went for the big chop pretty recent and has been going shorter since every time we see her. The former Victoria's Secret model looks great with both long and short hair, but the shorter locks really draw the attention to her full lips and eyebrows. Which are both very in at the moment! 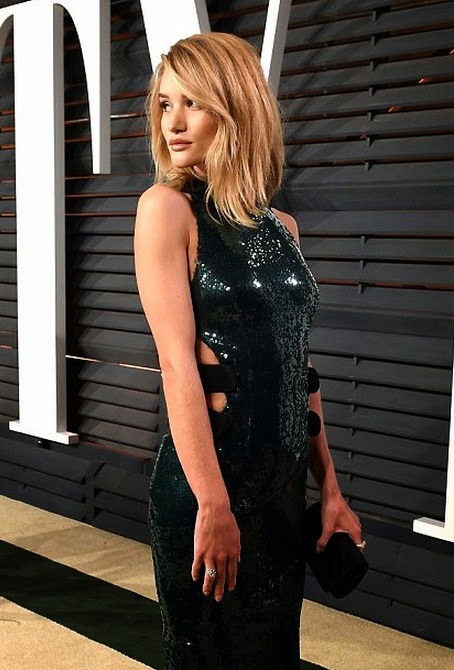 Yes! Margot Robbie is finally back to her old self! She was seen as a brunette most of 2014, but you have to call a spade a spade and think she looks so much better and more natural as a blonde. 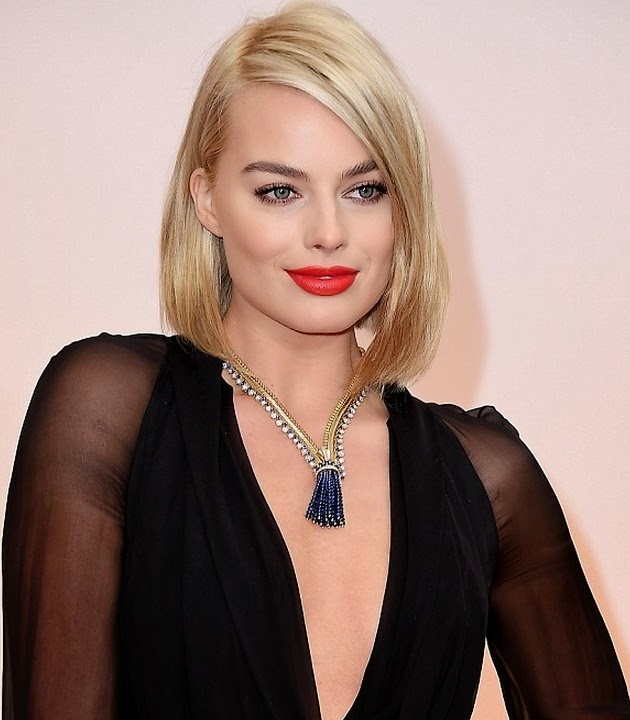 The Australian actress matched her blonde bob with red lips and a statement necklace for a dazzling red carpet look! 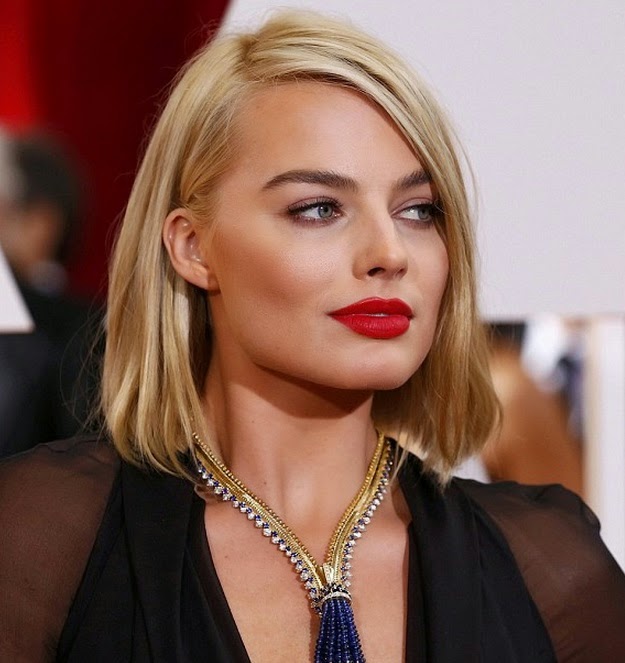 So what's your take on the long bob trend? Are you taking the plunge yourself or are you waiting til the storm blows over and everyone is back into long wavy hair?

I'm still in between, but am more towards sitting it out! I just love long girly hair too much!