Last Sunday the 55th Annual Grammy Awards were held at the Staples Center in Los Angeles. The show was hosted for the second time by LL Cool J.  Amongst the winners were Gotye for Record of the Year, Kelly Clarkson for Best Pop Vocal Album, The Black Keys for Best Rock Performance and Jay Z and Kanye West for Best Rap Performance.

I loved that Justin Timberlake finally took the stage again. I have always been a fan of his music and I'm definitely excited for his new and upcoming songs. I also enjoyed Rihanna's performance of her new single "Stay". I thought it was a very emotional and intimate moment, especially because of Chris Brown sitting just meters away from her!

But of course the fashion was the true highlight for me. I gathered my five favorite looks of the night. 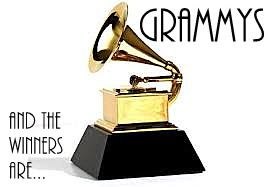 Kelly Rowland opens the top 5 with a Georges Chakra Couture gown and Lorraine Schwartz jewels. I love the shape of the dress that accentuates Kelly's curves and the cuts that give her the dose of sexiness she always seems to rock. 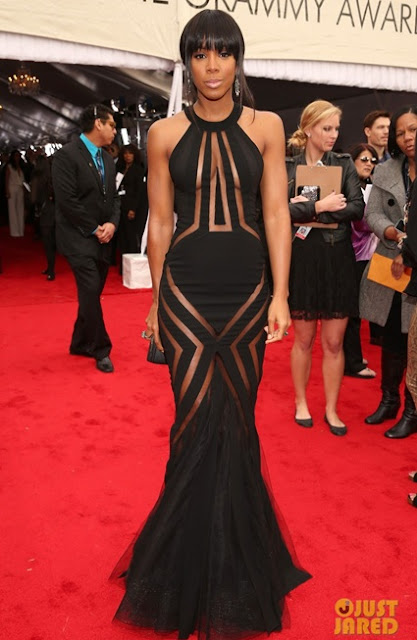 Beyoncé stands out from the crowd with this creation of Osman Yousefzada, a young British designer. Her stylists certainly took a fashion risk with the two colored jumpsuit, but Beyoncé's voluptuous curves make all the difference. 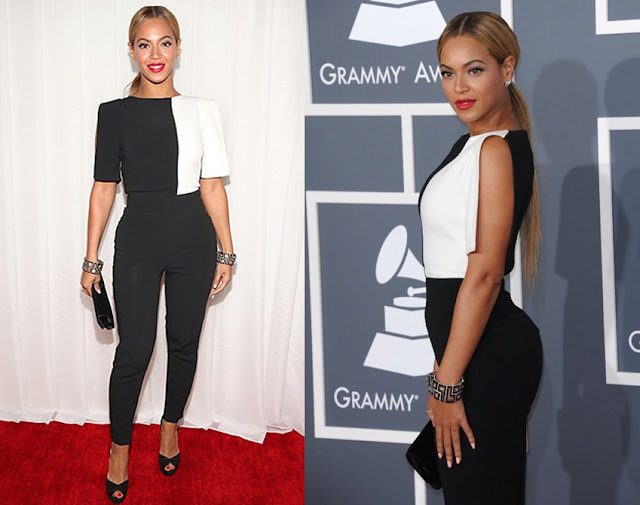 According to E! News JLO wore jewelry worth a total of 5 million dollars at the Grammy Awards, but in my opinion she would have looked as beautiful with some basic bling from H&M. She opted for an easy and fresh hairdo that goes perfectly with the sexy black dress that showed off her gams. 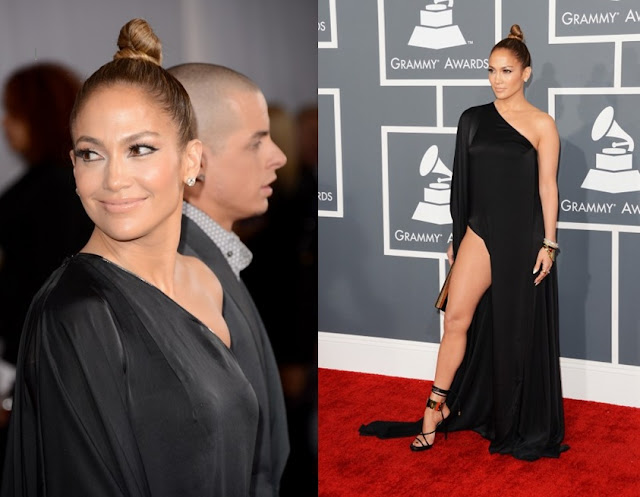 All three of her dresses were fabulous. They were all very feminine and accentuated her gorgeous figure perfectly. I also LOVED her hair and make up. Very simple and girly with the loose waves, yet classy and sophisticated with the red lips. 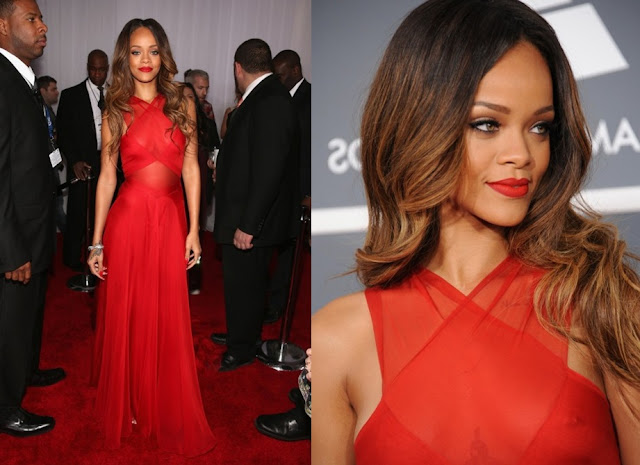 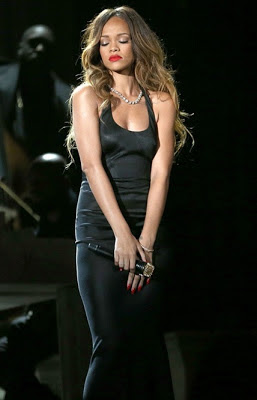 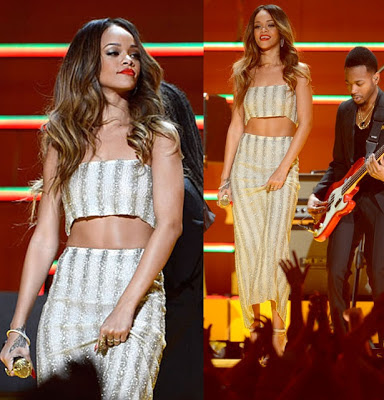 Beyoncé's little sister stole the show with her afrolicious big hairstyle. Combined with a high slit green fitted dress and hot pink pumps she rocked the Grammys red carpet and makes it to the number 1 spot in my list. 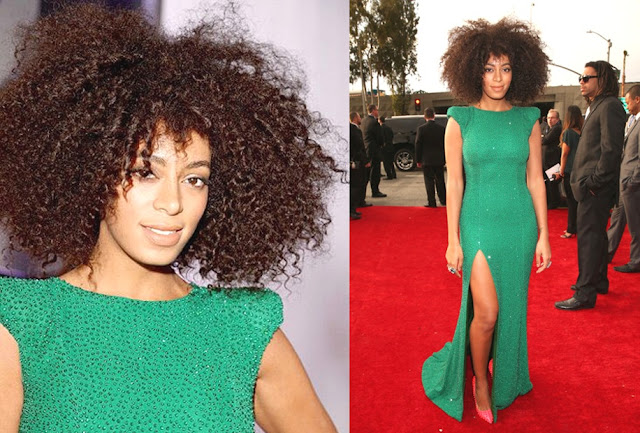 Did you watch the Grammys? And who gets your Grammy for Best Outfit of the Evening?